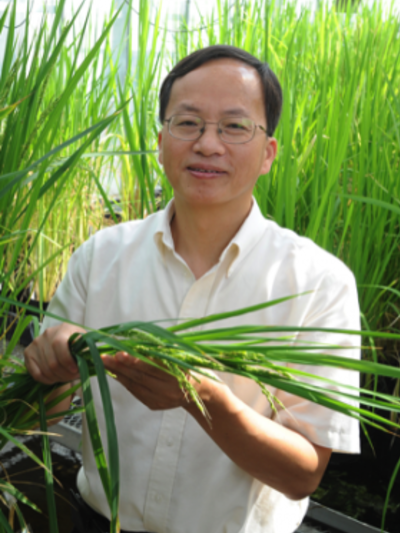 Rice, the stable food for over 50% of the world’s population, continues to be the nutritional, financial, and social lifeline for many developing countries. Dr. Wang’s lab is currently using rice blast disease as a model pathosystem to understand the molecular basis of plant-microbe interactions. The main focus of his reseach is to reveal the recogntion and signaling events between fungal effectors and rice resistance or defense proteins at the early infection stages by the blast fungus Magnaporthe oryzae. His team is also interested in generating novel genomic tools and resources for plant functional genomics. Dr. Wang published about 120 papers and was invited to present his results at many international meetings. Dr. Wang is highly committed to the education of students, postdocs and visiting scholars. He is editor of 4 international journals. Dr. Wang has received 8 awards including recent election as an American Phytopathological Society (APS) Fellow and OARDC’s Distinguished Senior Faculty Research Award for his outstanding contributions to the Plant Pathology field.